In the Shadow of the King 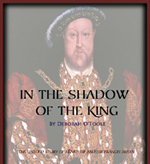 Blog Tags: In the Shadow of the King

The following blog entries contain references and information about the upcoming novel In the Shadow of the King by Deborah O'Toole. 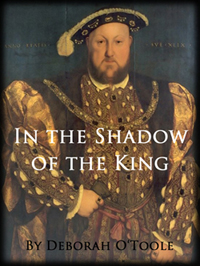 In the Shadow of the King by Deborah O'Toole is a semi-fictional account of the dramatic life of Sir Francis Bryan, confidant to King Henry VIII.

Sir Francis Bryan was a man of letters who distinguished himself as a cipher, diplomat, poet, sailor and soldier. He was also knight bannerette, chevalier, Lord of the Tor Bryan, chief gentleman of the privy chamber, Lord Chief Justice of Ireland and a gifted sportsman. He lost an eye during a jousting tournament and forever after wore a rakish eye patch, which merely added to his allure.

During his time in Henry VIII's court and one of the few who escaped the King's wrath, Bryan was dubbed the "one-eyed Vicar of Hell" by the King's chief minister, Thomas Cromwell, because of his apparent lack of scruples and legendary sexual exploits. Bryan had a well-earned reputation as a self-indulgent libertine, and was said to have been a willing accomplice in the King's tangled love affairs.

Bryan's irresistible charm masked an inveterate intriguer full of barely-contained energy. He could be duplicitous, manipulative and promiscuous as well as highly articulate, ferociously witty and generous when the mood struck him. In videlicet, he was the perfect courtier. Many observers were astounded by the familiarity he used towards Henry VIII, especially in speaking his mind. However, Bryan was no creature of principle. By bending his opinions to fit the King's policy, he managed to remain in favor throughout Henry VIII's reign.

In the Shadow of the King brings to life the story of Sir Francis Bryan, as told by one of his descendants in the twenty-first century.

ESTIMATED RELEASE: Christmas 2023. Storyline and estimated release date may be subject to change. Check back for updates.

Click here to read excerpts from In the Shadow of the King. 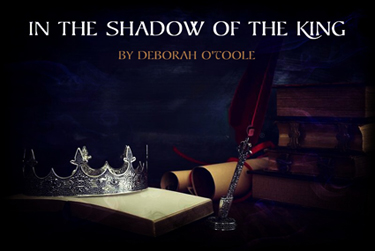