When there is a lull in the day job, I do research for In the Shadow of the King. Again, my life is often guided by sticky notes. Orange pinpoints direct mention of Sir Francis Bryan, while the pink-purple sticky notes refer to pertinent events, structure descriptions, kitchen routines (massive in Henry VIII's court), tidbits about hygiene, and a host of other related content that will hopefully bring authenticity to the storyline.

I have more than three dozen books on the subject. They range from topics such as disease in Tudor times (Medical Downfall of the Tudors: Sex, Reproduction & Succession by Sylvia Barbara Soberton), relationships (Henry VII and the Men Who Made Him by Tracy Borman, Among the Wolves at Court: The Untold Story of Thomas and George Boleyn and Inside the Tudor Court: Henry VIII and His Six Wives Through the Eyes of the Spanish Ambassador by Lauren Mackay, Debrett's Peerage of England, Scotland, and Ireland; Revised, Corrected and Continued by G.W. Collen), peripherals (Household Servants in Early Modern England by R. Richardson), royal specific (Henry VIII: The King and His Court by Alison Weir, The Private Lives of the Tudors: Uncovering the Secrets of Britain's Greatest Dynasty by Tracy Borman, The Six Wives of Henry VIII by Alison Weir, The Tudors: The Complete Story of England's Most Notorious Dynasty by G.J. Meyer, Tudor: Passion. Manipulation. Murder. The Story of England's Most Notorious Royal Family by Leanda de Lisle), food (A Tudor Christmas by Alison Weir and Siobhan Clarke, All the King's Cooks: The Tudor Kitchens of King Henry VIII at Hampton Court Palace by Peter Brears, Food and Feast in Tudor England by Alison Sim, The Tudor Kitchen: What the Tudors Ate & Drank by Terry Breverton),  and many more. 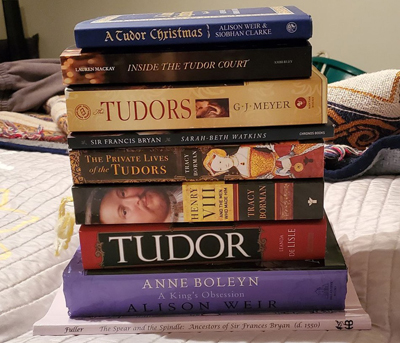 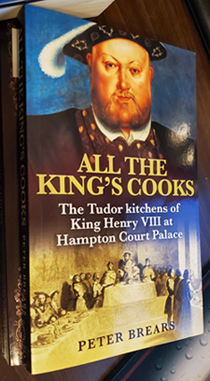 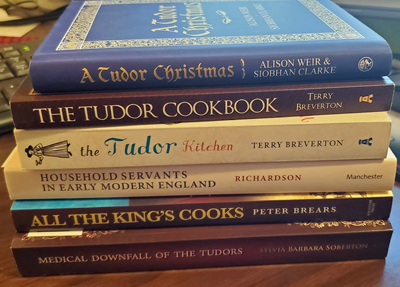 This is just the tip of the research iceberg . . .

Part of the "research" also includes developing a spreadsheet of characters and locations (ongoing and constant), which allows me to verify consistency in descriptions, life events and general history. The book also has its own website now, a sure sign for me that it will go full-steam ahead. The research and writing of In the Shadow of the King is going to be a long haul, but I'm enjoying every second of it - even when doubts surface. 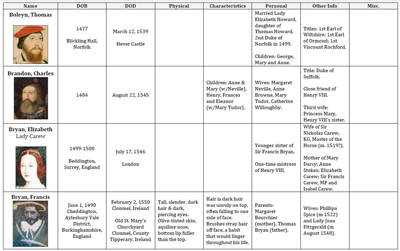 In the early stages of every book I've ever written (16 published novels so far), I always ask myself: "Can I do this? Or is it all just crap?" When the storyline is rough at the start, or becomes complicated as it progresses, I find myself questioning my ability to pull it off. However, I recognize the doubts are merely part of a phase, and I eventually get past them.

Hopefully, the same will apply with In the Shadow of the King.

Tags: In the Shadow of the King; Writing & Editing