When it became known that I was writing a book about Sir Francis Bryan a few years ago, I heard from several people claiming to be descendants of the main character in my book, In the Shadow of the King. People have been polite and inquisitive for the most part, often relating anecdotes or observations of their own. 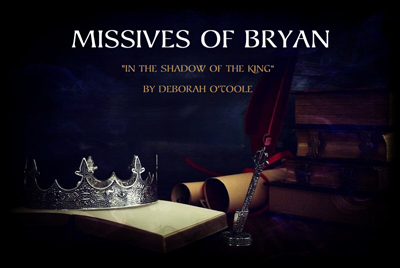 I decided to share a few of the e-mails, beginning with a note from a man named Kerry Ross Boren:

For a number of years I have been working on a novel of the life of Sir Francis Bryan, my ancestor. This morning a cousin of mine, who wrote a biography of Sir Francis titled Sir Francis Bryan & Company, notified me that someone named O'Toole had recently published or planned to publish a similar work. I hopped on Google and found your website. I would be interested in learning more about In the Shadow of the King.

I have often marveled that someone did not write this amazing man's story. There was no one like him in history. He seems to have been overlooked, for the most part, by historians and scholars, but his story is slowly coming to light. I would have completed my own work long before this except that it is so voluminous, and just when I think I have said it all, something new comes to the forefront. Still, I hope to have it completed within a year or so.

I would appreciate hearing from you about your forthcoming book and your descent from Sir Francis Bryan. I hope to hear from you at your convenience.

It was great to hear from you.

Several years ago, I was contacted by the wife of another descendant of Sir Francis Bryan. His last name is Bryan as well. She wanted to talk to me about Sir Francis, and eventually asked me to write his life story. Thus, In the Shadow of the King came into being.

To be honest, the project is enormous. After about six months of solid research, which included poring over books about the Tudor era, faxing churches in Ireland as to the burial place of Sir Francis, and other general searches in England, I developed a storyline that is a mixture of fiction and real fact (as we know it).

However, because of other commitments I had to my publisher at the time, I had to set the book aside. Since then, I have pecked away at the book off and on. I have other projects I am currently working on, so it is sometimes slow-going. I still hope to complete the story within the next year, and offer it to my publisher for consideration.

The life of Sir Francis was amazing, I agree. He played a part in some of the most pivotal points in Tudor history, yet there is scant mention of him in mainstream books on the subject.

I have a storage box full of research material, books, faxes and other bits of information. Because I do write fiction, I chose to mingle the known facts with my own drama outline to make it easier to read for the average person not well-acquainted with the period of time.

I’ve been reading books about the Tudors since I was about nine years old, so my interest in the story of Sir Francis Bryan was piqued by the contact from his descendant’s wife.

I look forward to hearing from you again,

Kerry's reply to me:

Thank you for your good reply to my inquiry regarding Sir Francis Bryan. It doesn't surprise me that few people inquire about him; very few people are fully aware of his role in history. It appears that we are on parallel courses in writing his story. I have been researching this topic for more than thirty years, and have boxes of material on the subject. You are right, the research is voluminous, and primarily in part because so little has ever been done on his story. I have taken on an added burden by writing three separate treatises on various aspects of his life and times. In the process, I have learned several extremely interesting aspects of his life not previously known which should shake up the literary world more than a little.

I have searched in vain over the years for a portrait of Sir Francis Bryan. I am certain that he was painted by Holbein, but no copy of his portrait can be found. A few years ago I wrote to Queen Elizabeth II in the hopes that such a painting existed in her vast private collection, but she replied that none such appeared in her inventory. Surprisingly, though, the Queen Mother replied with a very interesting account of her own direct descent from Sir Francis Bryan's sister, Elizabeth Bryan, who married Sir Nicholas Carew.

I am concentrating, in one of the treatises, on Sir Francis' contribution to the literary heritage of the English language. His introduction into the Tudor literary world of the euphuism altered the course of the English language forever, opening the door to the works of Shakespeare. Michael Drayton, one of Shakespeare's closest friends, wrote of Sir Francis Bryan that he was one of "the greatest of his age in literary achievement," quite a compliment considering the company he kept.

I have been watching eagerly for news of the publication of your book In the Shadow of the King as I am also a descendant of Sir Francis. I have traced the line way back past King Jean de Brienne of Jerusalem, ancestor of Sir Francis,  and always keep an eye open for any bit of material concerning the Bryan line. It seems as if a fascinating novel could be written about  every single generation of this Bryan line. I hope you are considering adding King Jean and his offspring through Berengaria to your works someday. Also, the 'Prince of Orange's story is certainly exciting! 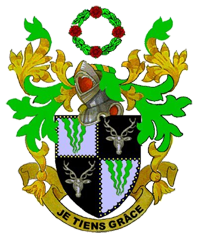 My mother  Barbara  Bryan's ancestors  here in America  have kept very  good records so I am very fortunate to have recorded  our connection to the arrival of William (and Margaret Strode) Bryan who emigrated to Virginia  and their son Henry Bryan: followed by John Bryan, Henry Bryan, Aaron Shane Bryan, and Edgar Joseph Bryan and Elizabeth Caldwell,  my grandparents. Are you and I cousins?  How many generations separate us? Perhaps we can share information with each other.

I will look forward to hearing from you that your book will be out soon  that you have plans to write about more of our very adventurous ancestors.

My name is Kandice Bryan. I am the daughter of Ken Bryan. I am positive you know my father and seeing as how you are writing a story about my family background, I am assuming you must be an expert at my family's history. I would be very interested to know what all you have come up with so far regarding this book. Please email me back. I am very interested to know how the book is turning out. Thank You!

There are many tantalizing tidbits concerning Sir Francis Bryan's life that have been published here and there in other works.  He certainly  could be the inspiration for a  book of his own. His illustrious forbearers, the famous crusading family of "de Brienne" generations could also fill many exciting pages of historical fiction.

I am so pleased to hear that you are working on this project. After sending the previous e-mail to you I continued on to your website, reading your personal info, etc. and it is easy to see that you are meant to do this and that your work will be very well-received.

Let's keep in touch. I want to be one of the very first to buy your book when it is published!

Keep the notes coming! I thoroughly enjoy them.

To drop me a line about In the Shadow of the King, or any of my other books, click here.

Tags: In the Shadow of the King