Hissy "The Kid" Dalton was born sometime in 2007-2008. Her exact age is unknown because Jerry found her as a stray at his workplace near the Salt Lake International Airport around 2009.

However, I gave her the same birthday as Queen Elizabeth I, which is September 7th. 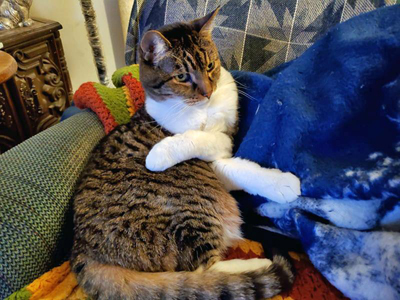 Her Feline Majesty was aptly named. She hisses in reaction to sudden movements, or at the sight of other cats. Some of her strangest habits include licking plastic bags and drooling when we scratch her around the neck or under her chin.

Hissy eschews moist cat food for the most part, preferring Sunkist tuna for breakfast and dinner. She loves greenies and vanilla Greek yogurt, and is known to become attentive when chicken is being cooked and eaten.

She spends her days in a comfy cat bed, which is located in a chair behind my desk in the computer room. She particularly likes sleeping on my pillow at night, just above my head. 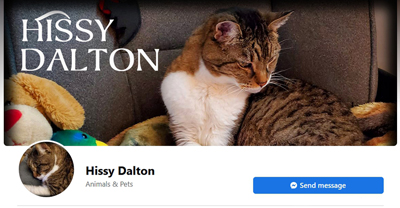 Hissy now has her own Facebook page. Give her a visit!